It could very well be true, or it could just be I ? both JQuery and ZBrush.  Either way, I discovered a way to combine them and display ZBrush turntables on the web.

It could very well be true, or it could just be I ? both JQuery and ZBrush.  Either way, I discovered a way to combine them and display ZBrush turntables on the web.   Before I get into the technical details, here is an example of a ZBrush turntable shown using JQuery similar to the 360 product views on e-commerce (does that term still exits?)  websites - just drag your mouse (or finger) across the image to spin it right round, baby, right round:

The above sculpt is from my work in progress Master of the Moondog project, but this process is pretty basic and will work with any ZBrush sculpture. To make it happen just do the following:1)  Setup your Movie palette in ZBrush with Spin Frames = 30, Spin Cycles = 1, FPS = 30, and turn off the cursor overlay images and only capture the document, something like this:

2) Export your movie in a lossless format for the best possible quality, I'm working on OSX so I picked the below settings, the Windows version may be slightly different: 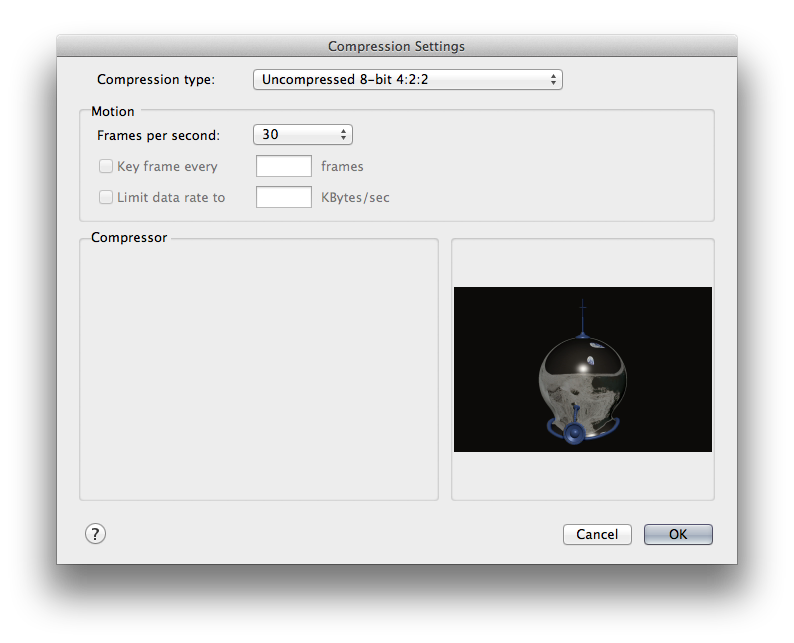 3) Use a batch encoder to convert your movie file to 30 still images, I chose Apple's Compressor which can be purchased from the Apple App Store for $50, I'm sure there are loads of other options and freeware available to perform this same task.   For those interested my Compressor settings are as follows - basically just picking the TIFF Images Sequence option, switching file type to JPEG, and tweaking the cropping to fit better on this blog: 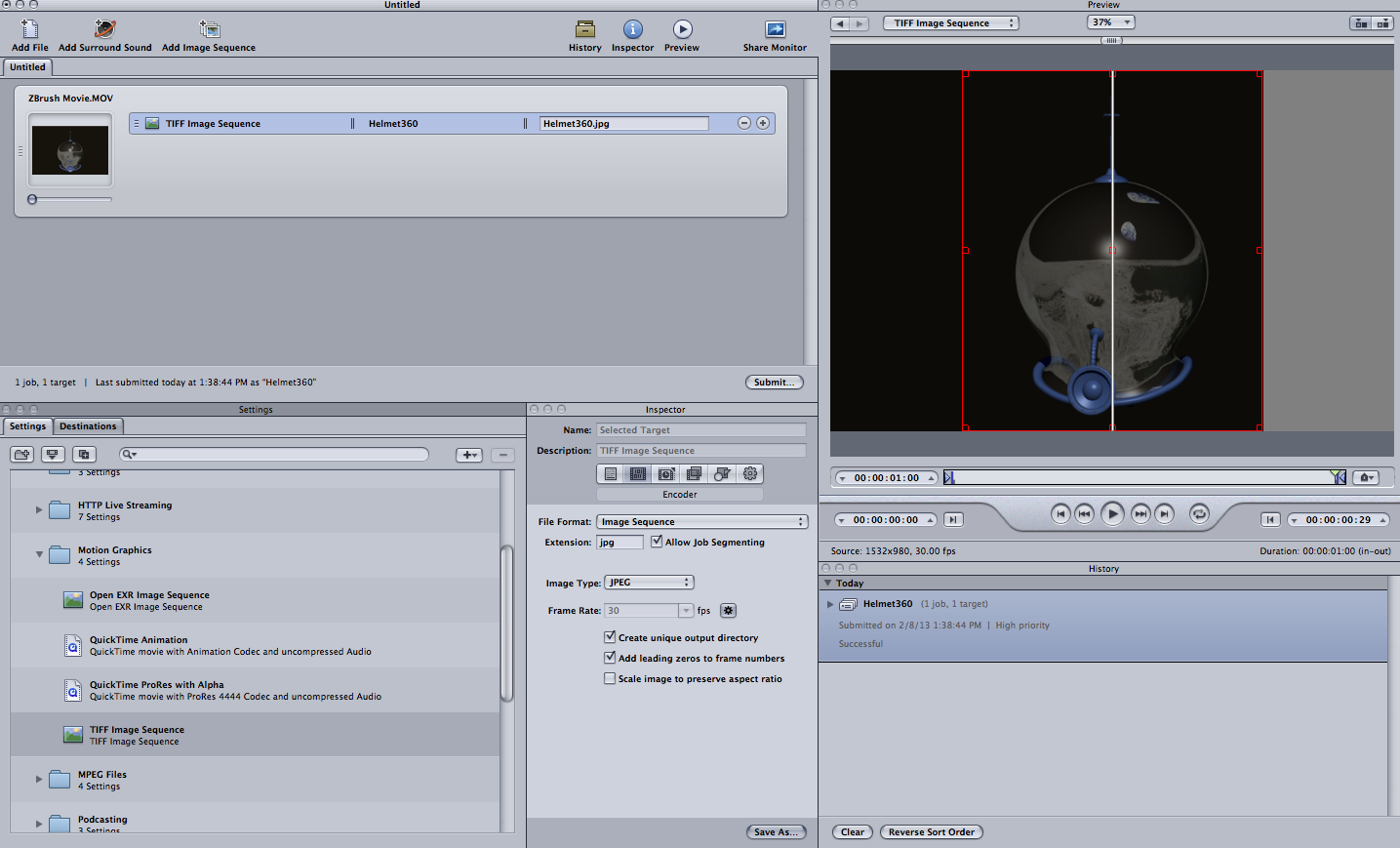 4) Images are ready!  Now you just need a way to show them, this turns out to be the easiest part as I just pulled the code from heartcode's 360-image-slider repository here on Github .   Then edited his code to load images from www.souledesigns.com and presto!   360 spinner!  The html used to put the spinner on Blogger is shown below - pretty simple, though you'll need a website to host the css, javascript and images on:

Pretty cool, this will definitely come in handy for future renders, I may even turn his script into plugin to make it a bit easier to work with.   Viva la JQuery!

Master of the Moondog - Part 2

Master of the Moondog - Part 3