This weekend I worked a bit on the modeling of Licorice Merlin, for the short by the same name,  which got me thinking back to old Maya projects.

Latest Post A Year of Sketchbookery by Owen Soule

This weekend I worked a bit on the modeling of Licorice Merlin, for the short by the same name,  which got me thinking back to old Maya projects.   I figured why not dig up some old animation and post it - and by old I mean over ten years ago, ten years man, TEN YEARS!   Most of these clips have made their way onto YouTube before, but now they are edited together in easy on the eyes "Greatest Hits" format.  The bizarre soundtrack is to spare you, gentle viewer, from the inane and likely confusion dialog:

A bit of back story on the creature Herbie in the above clips: the year was 2002 and I was two years out of college.   I become keenly interested in 3D modeling and animation after watching the Lord of the Rings: The Fellowship of the Ring.  Unfortunately for me, I never got to take classes on 3D modeling/animation as no such courses existed before I graduated in 2000.  Luckily, I had the following trusty book which has disintegrated over the years due to excessive wear: 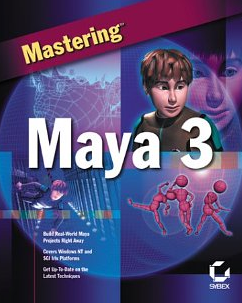 Ah, good old Maya 3.  Maya existed for OSX back then, but it was buggy and pretty unusable so a Windows box was the only way to go.   All Herbie modeling was done in my one bedroom apartment on a hacked together Windows NT machine running a student version of Alias Wavefront Maya 3.   The Windows box sat in my bedroom while my old Quicksilver G4 Mac sat in the living room.   I used the Mac to do all other non-Maya tasks, such as compositing and editing footage.   To do motion tracking for layering Maya footage over live action shots I used Commotion 4:

Apparently Commotion is now defunct and didn't last much longer than 2003.   Actually, all that functionality and more now exists in After Effects so it's no big loss.  Ok, enough of this rambling walk down memory lane - stay tuned for Licorice Merlin updates...

Master of the Moondog - Finale