The first week in an eight week CG Society ZBrush course came to an end yesterday and a recap of what I created is in order.

The first week in an eight week CG Society ZBrush course came to an end yesterday and a recap of what I created is in order.  First a little background, the class is broken into two chunks - the first part is sculpting a Yeti bust and the second part is sculpting a full Chupacabra model.    The instructor, Bryan Wynia, left the first part open to any Yeti-esque crypids, so I opted for the smelly skunk ape.  This likely comes from my youth growing up in Flordia, which happens to be where skunk ape sightings are most prevalent, or perhaps I just have to be different?  Either way, let the skunk ape frenzy begin!

So the first week involved creating a minimum of four speed sculpts based on a character reference sheet of your own design.    My skunk ape drew from primate photos, they are said to resemble an orangutan after all, but I also threw in some gators and a horned owl for good measure: 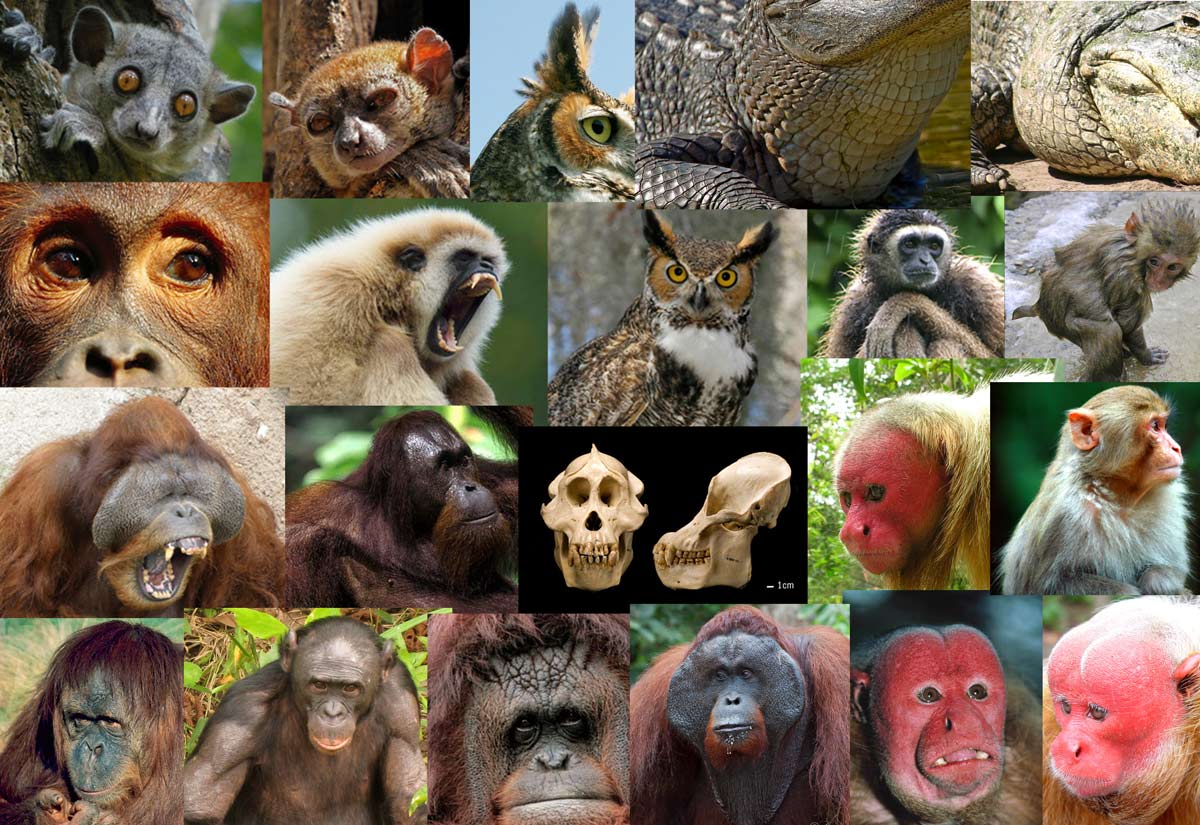 From here I took a detour from the course instruction and did some concept sketches prior to getting into speed sculpting - mainly because I usually do super slo-mo sculpting, so I figured having a direction before beginning would help guide me along.

With these concept sketches I set about creating the following speed sculpts.  These supposed to be completed within a one hour window - the forth one on below held fast to that rule while the other three ran over by 15 to 30 minutes.  Really my time lessened the more monkey-type creatures I created and as I become familiar with the sculpting methodology Bryan taught.

Once I had those, I made a slight variation by mashing up the third and forth to form what to me is the ultra-super-mega skunk ape!  I mean, come on, this guy is from the swamps in Florida, he needs a mullet, nay, a skullet! 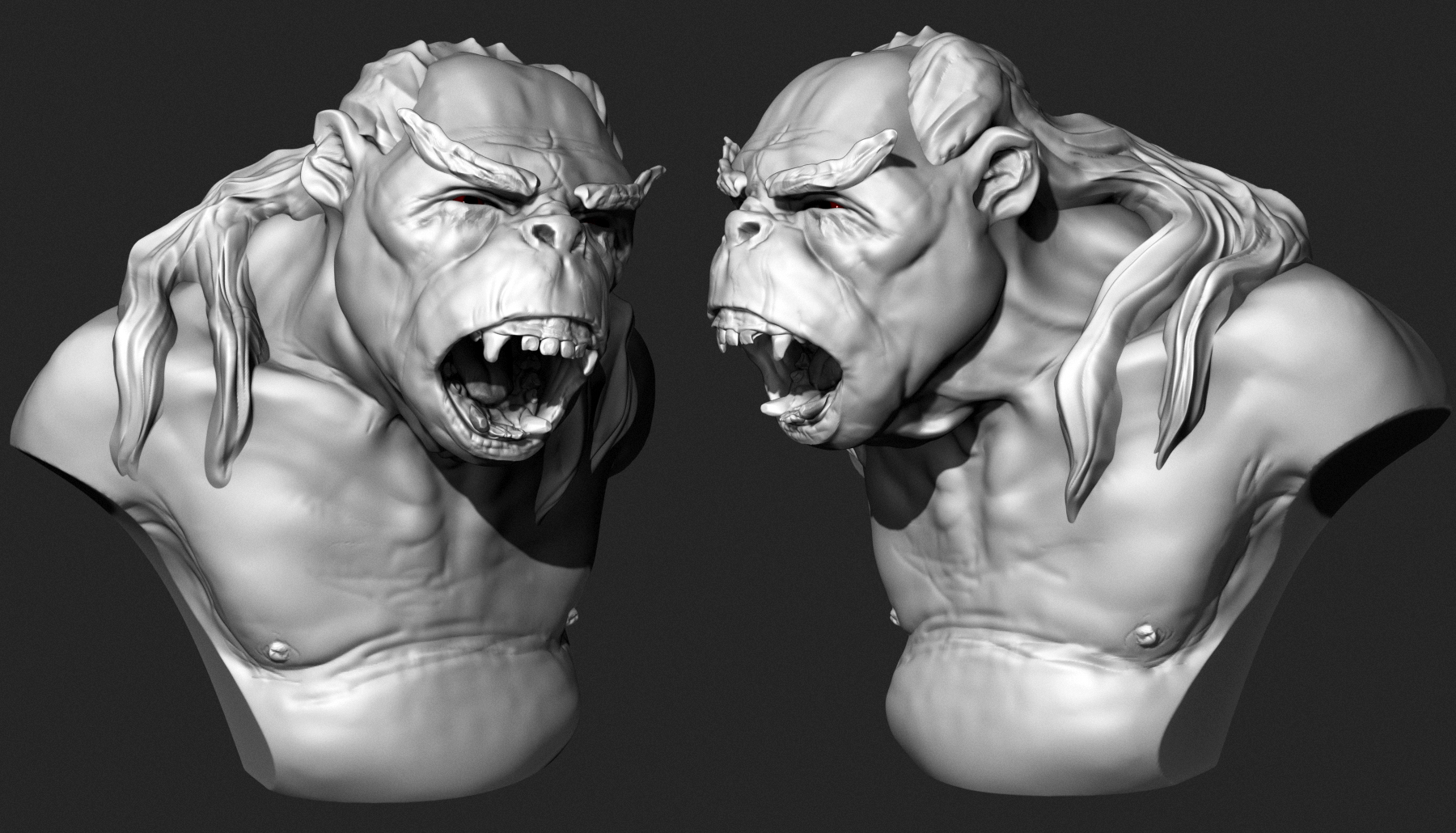 On second thought, that last one kind of looks like a Scooby Doo villain, or perhaps the mascot of an 80s metal band, either way I love it.  I'm thinking I may do a fifth speed sculpt tonight just to make sure I have all my bases covered.  The second week began today so look for a skunk ape update next week...