Time for another multipart ZBrush series!  This time it is a sculpt inspired by the Salvation Army girls who helped with the the war effort during World War I.

Time for another multipart ZBrush series!  This time it is a sculpt inspired by the Salvation Army girls who helped with the the war effort during World War I.   Here are some random Salvation Army lass photos to get you in the mood:

The last photo somewhat transitions into where I'm taking this sculpt.  My take is a kind of militaristic version of the Salvation Army lass.  Rather than frying doughnuts and swinging rolling pins she fries fools with her trench shotgun and swings a skull-cracking trench knife! Also, I'm going with an African American female, of which there were none in the Salvation Army overseas during World War I, but this is my alternate version of history.  So I guess it is kind of a steampunk Salvation Army girl - coming from a dystopian-yet-oddly-more-racially-equal-than-the-actual past.From my prior post, regarding skull studies, I've expanded on the first skull and followed along with my current ZBrush course's lessons by analyzing the face's anatomy.  The progression of this process can be seen below: 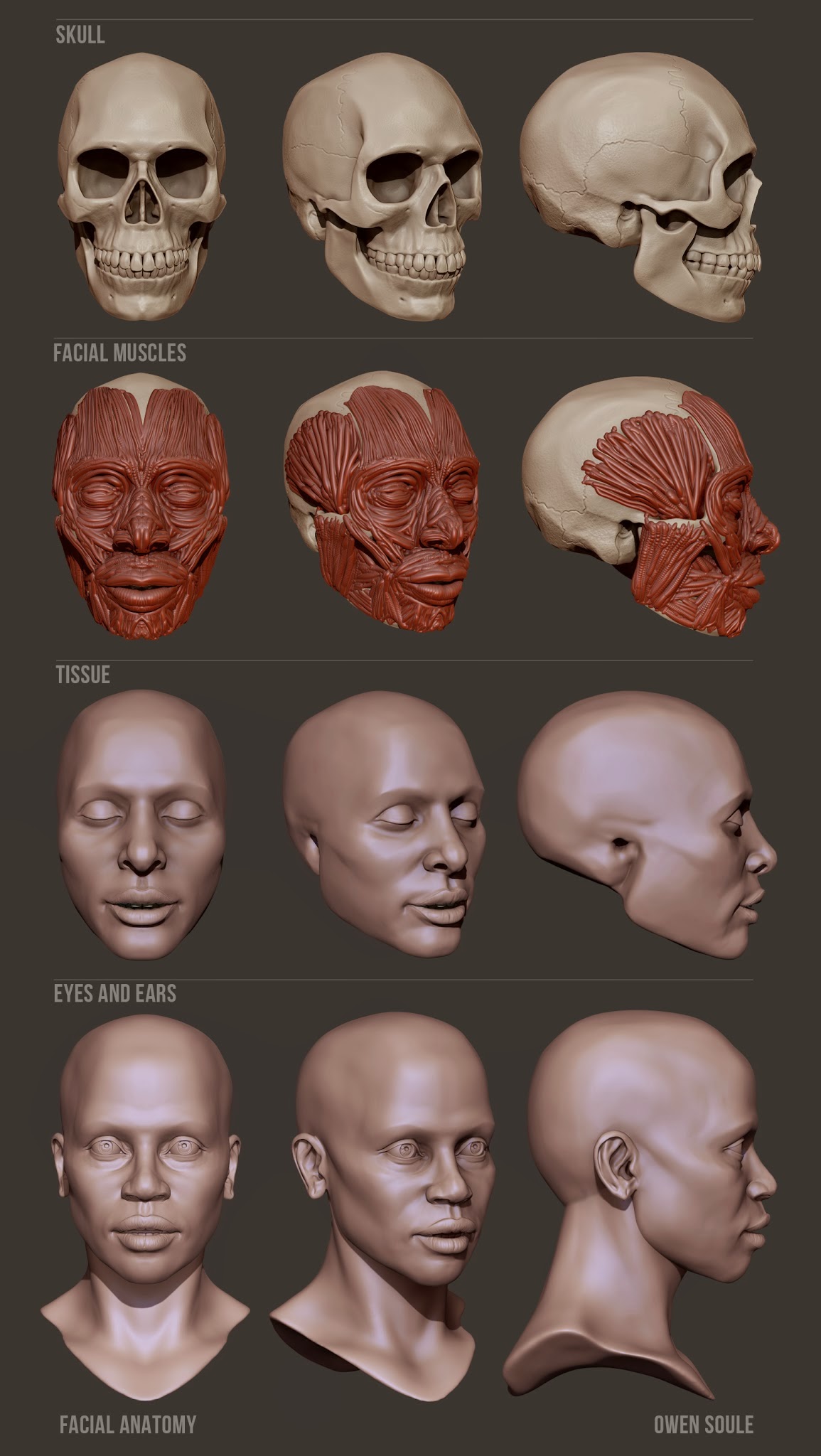 My muscle sculpting wound up looking like disturbing flesh tubes, but meh it gets the point across.  The muscle and tissue phase yield too much of an Anglo face for my concept so the eyes and ears sculpt refined the forms to make her appear more African American.   I also skipped ahead a bit in the coursework and roughed in a body prior to doing any texturing on the face.   Here is the progression:

And here are some with the head, because that headless body is creepy as shit, like some kinda beast out of Silent Hill! 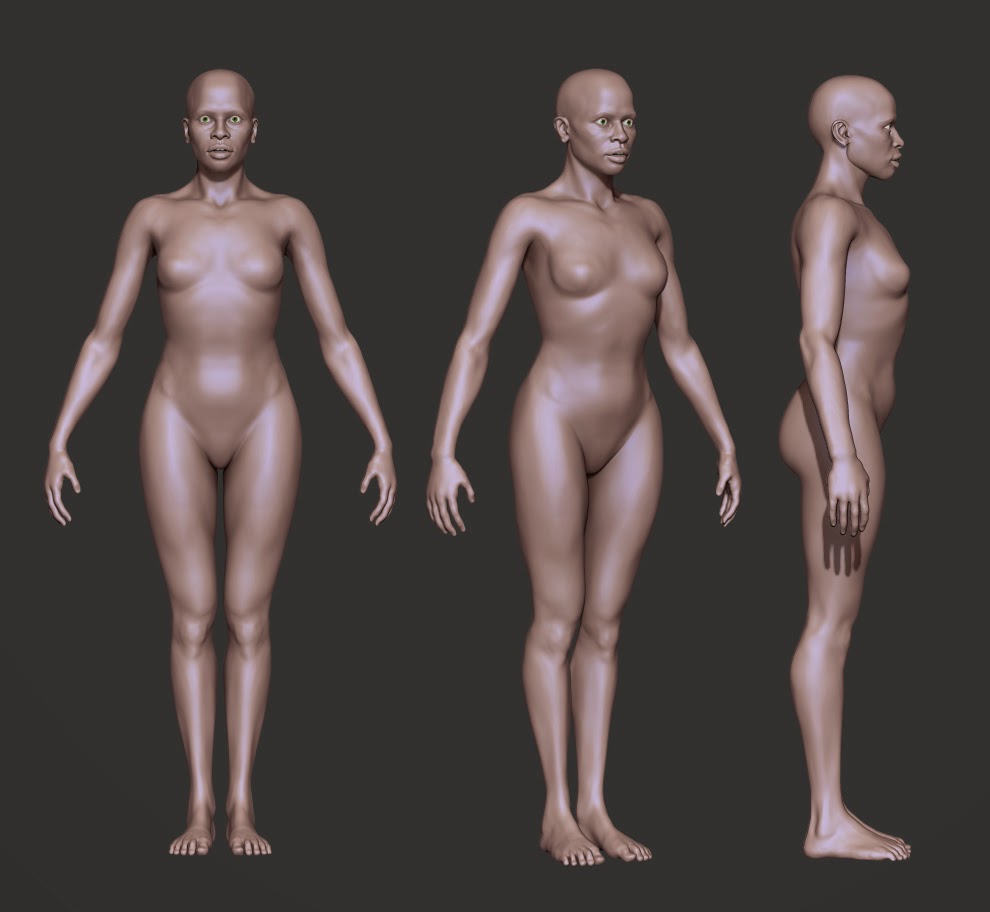 The next phase on this will be more refining and texturing.  The real fun on this one will be posing, adding expression, and of course guns, guns, guns!