When last we left the tale of Peck, Peck, Peck!  I had outlined the process of going from sketch to ink.

When last we left the tale of Peck, Peck, Peck!  I had outlined the process of going from sketch to ink.   This time let's push it to the limit and check out the full process of creating a finished illustration for the book.   This means moving from rough sketch, to refined sketch, to ink, and finally to full color.    Below is a finished image, the fourth image in the book, which depicts the main character, a turkey named Austin, hatching and meeting his surrogate mom, Lynda.  Awwww... 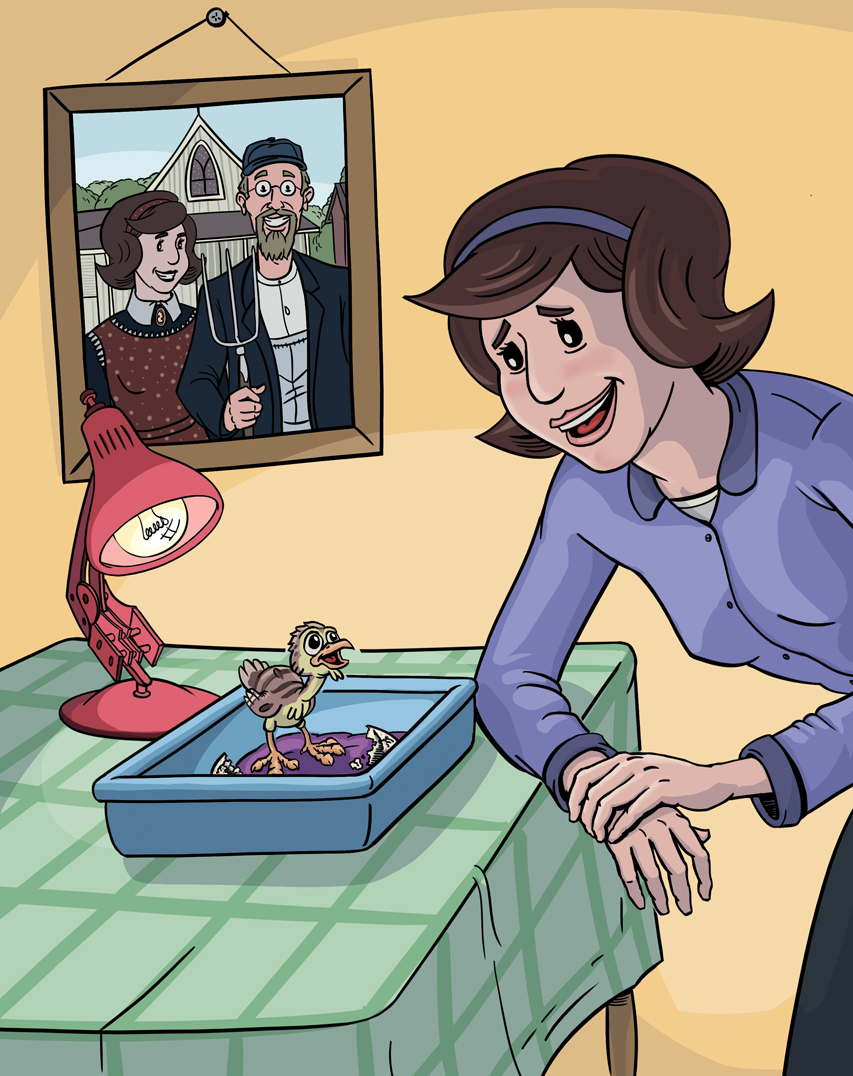 You love it!   This coloring technique is similar to old timey cartoon cel shading which seemed to go really well with the line work.   Laura and I tried a few techniques, and while a more painterly approach seemed promising, we eventually settled on this one.   More on that later.  Now bask in the sundry of wacky drawings heading your way! Here are two very basic concepts laying out the overall composition.  This also shows how I've switched from sketching on pure white to more of a grey background to avoid eye-searing pain, same goes for laying down line work! 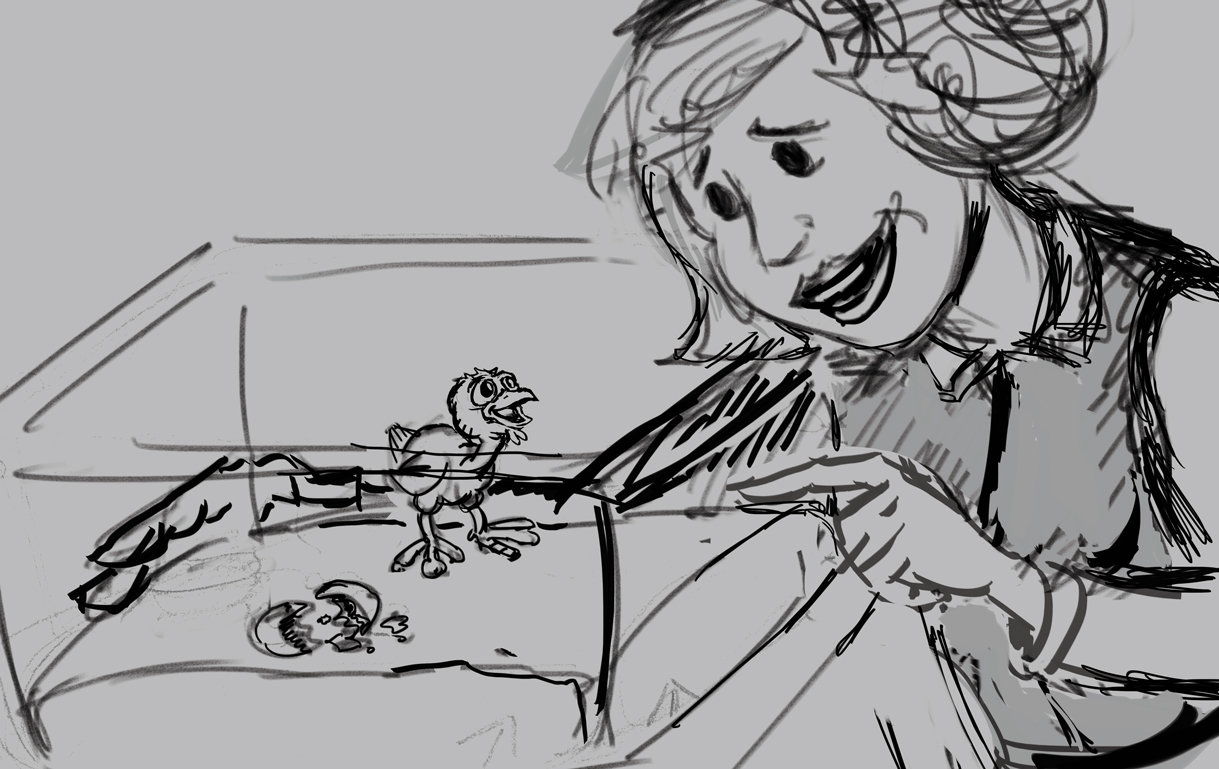 The first concept was a full spread illustration (two pages facing each other) and the second was a single page.  I liked the second one more, the first was just a bit too close to the action for my liking.   Once I settled on the second, I did a bit of refining by cropping and scaling my sketch to get the action into the center of the page using the rule of thirds: 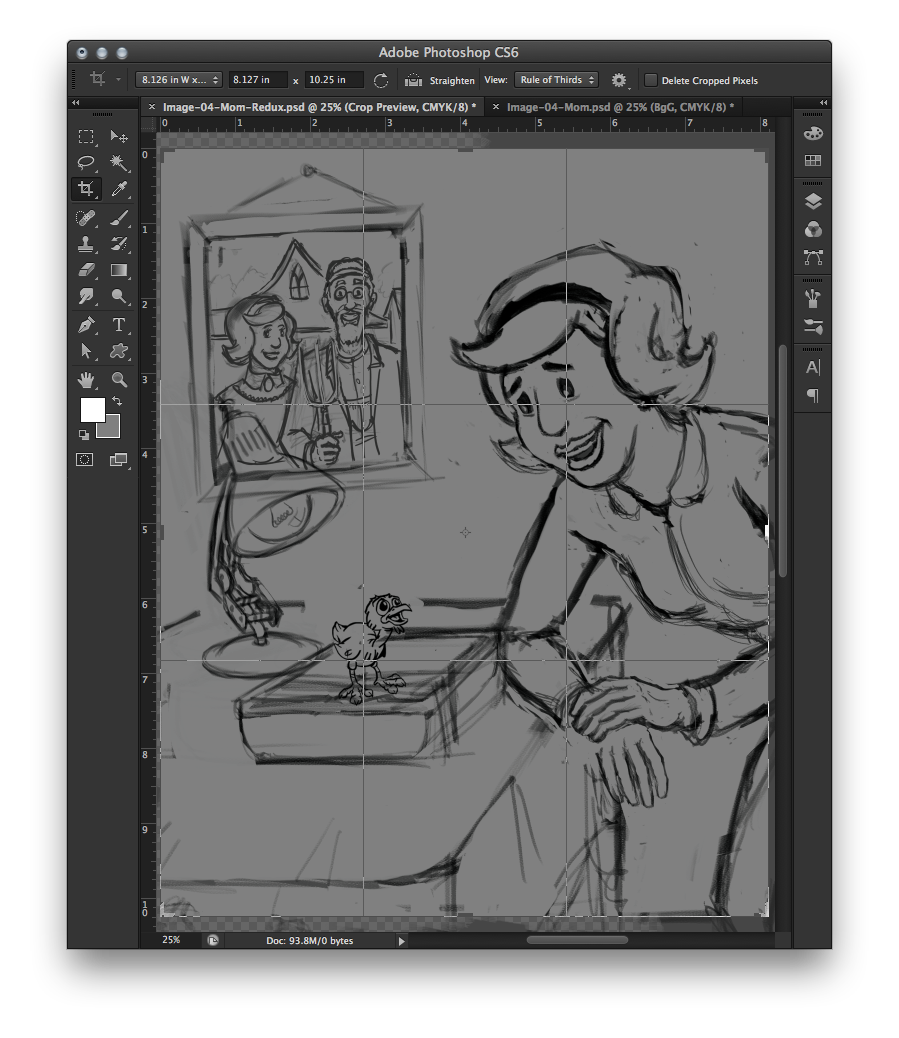 You'll also note the lamp and picture hanging in the background have been more fully realized in this concept.  A sharp eye will see that I borrowed from Pixar's Luxo Jr. lamp and Grant Wood's American Gothic painting when sketching these aspects of the composition.

Lest you think this is just random shit I threw into the composition for no reason consider this: American Gothic is fitting for the storyline because it depicts a couple on a farm and Peck, Peck, Peck! takes place on a farm and features the couple Lynda and Doug Moses.   Luxo Jr. is there because of my creepy, unnatural love of cg.   So there. The next step in the process is line work which I went into last time: 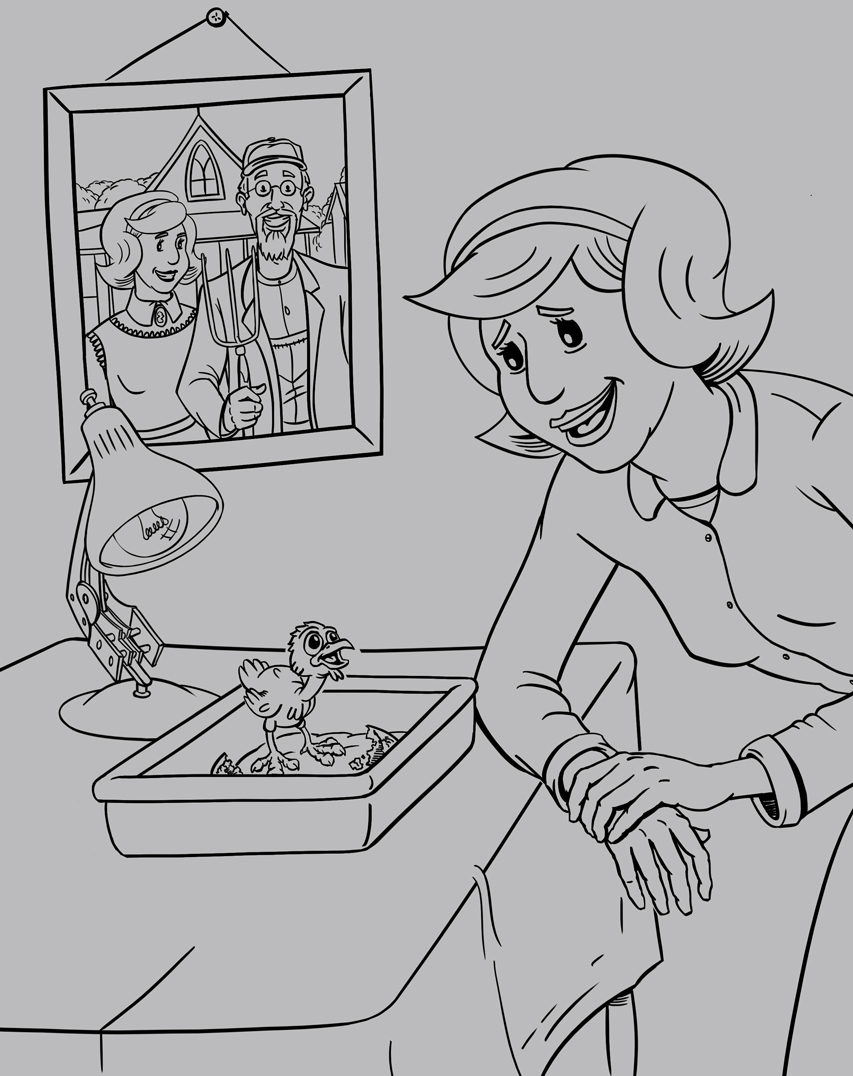 Once the line work is complete it is time to get rid of the gray and inject some color - kind of like Just for Men for illustrations?   Okay, maybe nothing like that. 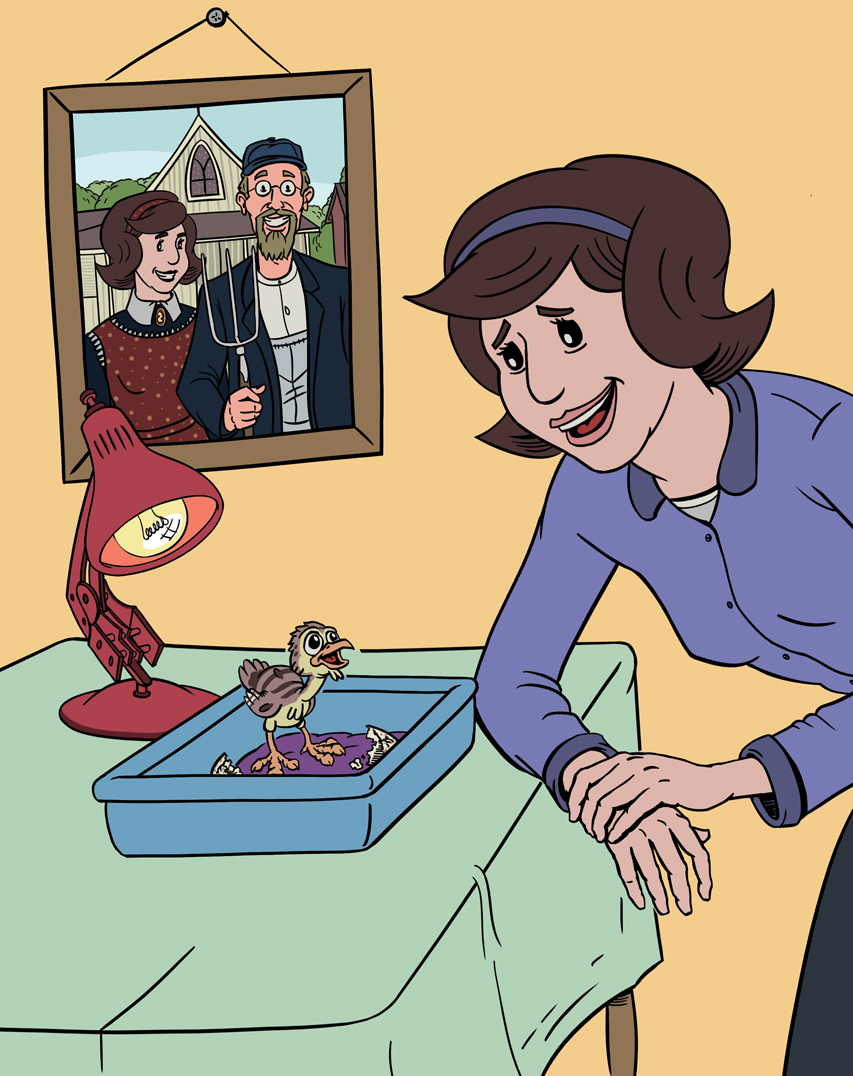 Now the cel shading comes into play.  Cel shading for the illustrations in this book will be limited to applying one level of shadow and one level of highlight to achieve a three dimensional look.   Here is the final version one more time for comparison:

You can see why, with this kind of second, third, and possibly even fourth level thinking these illustrations are taking a bit of time to finish.   So I don't completely abandon and lose all ZBrush skills, I'm going to start setting aside some time each week to do a bit of cg sketching.   Look for those and more Peck, Peck, Peck! illustrations in the coming weeks...